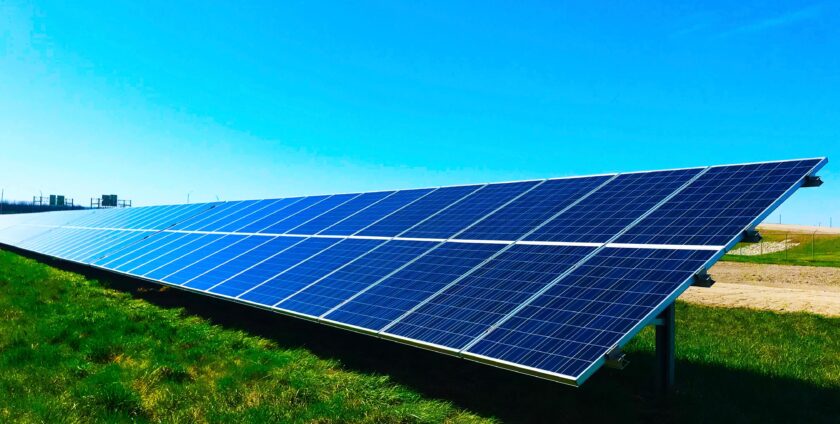 With the passage of time and the rapid advancement of technology, it is necessary to take steps toward environmental sustainability. People now prefer renewable energy sources to conventional energy sources to safeguard the environment. The UK government has taken a good step toward environmental conservation by implementing the Feed-in-Tariff scheme. They have demonstrated to the rest of the globe how drastically pollution may be reduced by generating electricity with solar plates. The Solar plates make them the best investment towards a sustainable future.

What is a Solar Panel?

The concept of creating electricity has recently acquired appeal, yet it is a century-old endeavor. Henri Becquerel was the first to discover the photovoltaic effect, which transformed sunlight directly into electricity. As a result, several countries are putting a century-old idea into effect. NASA is also employing this approach to generate electricity because it is pollution-free and noiseless.

What are solar plates and how do they work? A step-by-step guide to the solar power-producing process

Solar energy is generated when photovoltaic cells capture photons, or light particles, and generate direct current (DC), which is then converted to usable alternating current (AC) energy using inverter technology. The AC energy then passes via the electrical panel in the house and is distributed as needed. The following are the main phases in how solar plates function for your home:

Phosphorus and boron are added to photovoltaic cells to provide them with positive and negative charges that allow them to carry an electric current.

When an inverter changes the direction of the current quickly enough to convert it to AC power, DC electricity becomes AC power. Transformers that regulate the voltage of DC and AC currents can also be installed in inverters.

Solar inverters deliver converted alternating current (AC) energy to your home’s electrical panel. Electricity is then distributed throughout your home via cables in the walls, ensuring that when your devices need to be plugged in, there is an electric current accessible.

If you have a grid-connected solar system, energy flows both ways to and from the grid, and excess energy generated by your panels might make you money thanks to a concept known as net metering. Net metering allows you to obtain credits from the grid that you feed your extra energy into, lowering your overall electricity costs.

What are the materials used to manufacture solar panels?

Typically, silicon is mixed with arsenic, phosphorous, gallium, or boron. Recently, researchers developed a new element named Argonne III, which is significantly cheaper, more efficient, and more trustworthy. Furthermore, it requires less manufacturing time when compared to silicon. This would make solar plates more affordable to many people who have been unable to put them in their homes due to high costs. As a result, it is a highly significant discovery for the long-term improvement of the environment in a very cost-effective manner.

What are the different Solar Panel types?

There are various types of solar panels that people utilize based on their utility. When purchasing a solar panel, several variables must be considered, including where it will be located, its intended use (commercial or residential), and the budget. The following are some examples of solar panels:

What are the advantages of Solar Panels?

Because of the solar plate’s nominal price, it is a cost-effective technique to generate electricity for a variety of uses. Off-grid living is the most apparent choice. Living off-grid means living at a place that is not connected to the main electrical grid. Solar power systems are suitable for cottages and rural properties. Electric utility poles and cabling are no longer required to be installed from the nearest main grid access point at excessive charges. A solar electric system is theoretically less expensive and can supply power for up to three decades, if properly maintained.

Besides the fact that solar plates allow you to live off the grid, the most significant benefit of solar power is that it is a clean and sustainable energy source. With the advent of global climate change, it is more important than ever to do everything we can to reduce the strain that greenhouse gas emissions have on our environment. Because solar panels have no moving parts, they are easy to maintain. They’re constructed to last and, with proper care, can last for decades.

Finally, once a system has paid for its original installation costs, the electricity it produces for the rest of its lifespan, which might be as long as 15-20 years depending on the quality of the system, is entirely free! The advantages for grid-connected solar power system owners begin the moment the system is turned on, either lowering monthly electric expenses or, better still, earning the system owner additional income from the utility. How? If you use less energy than your solar electric system produces, you may sell the extra energy to your utility provider for a profit and eventually recoup the cost of your solar plate!

What about solar technology other than photovoltaics?

Solar hot water systems absorb the thermal energy of the sun and use it to heat your home’s water. Collectors, a storage tank, a heat exchanger, a controller system, and a backup heater are the main components of these systems.

In a solar hot water system, there is no movement of electrons. The panels, on the other hand, convert sunlight into heat. In a solar thermal system, solar plates or panels are often put on a rooftop. They capture energy in a different way than typical solar panels, generating heat instead of electricity. Sunlight strikes an absorber plate, which has a coating designed to absorb solar energy and convert it into heat, as it travels through the collector’s glass covering. This heat is transported by small pipes in the plate to a “transfer fluid” (either antifreeze or potable water).

In utility-scale plants, CSP is most typically used to help deliver power to an energy grid.

The Solar Plate is a good and efficient energy source for residentials as well as industrial areas. Besides, being a cost-effective option, the solar plates are very environmentally friendly.

We hope this article proved to be useful and informative to everyone. Do share your thoughts about Solar Plates and let us know if you have any queries in the comments section.

2 Responses to “Solar Plate: An Overview”